A New Year & “The Next Big Thing” Blog Hop 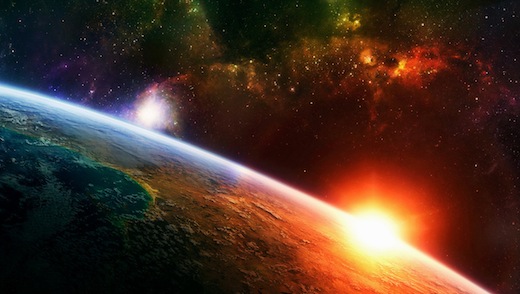 So, holy shit! It’s a new year already and the world didn’t end in 2012, much to the chagrin of a few Doomsday preppers. It’s a new year and my only resolution is to write more — to write well, often and, of course, like a motherfucker!

Also, there’s this thing going around the Internets, “The Next Big Thing” actually. It’s a blog hop where writers talk about what they’re currently working on and tag other writers to participate. I’m both incredibly humbled and excited to be tagged by Nate Tower, the man with the plan behind Bartleby Snopes (easily one of the best indie lit. mags on the web). Here’s Nate’s own post. Once you check it out, hop back over here (if you want, of course) and see what I’m working on!

What is your working title of your book (or story)?

The other is (ostensibly) an epic sci-fi/fantasy collaboration I dreamed up, of which my novel will be but one in a series tentatively titled Deorum et Viri (Of Gods and Men, working title). The project — at least as it’s sketched out on paper — is so big, I’d never be able to finish it on my own!

Where did the idea come from for the book?

The driving idea behind Human Services more or less comes from my family’s eponymous business. The field of human services/social work can be pretty insane, and since the business started, I’ve seen countless — truly countless — situations play out that were almost too preposterous to believe, let alone describe . . . almost.

Deorum et Viri’s life was probably honestly (for better or worse) most inspired by Game of Thrones. I only just got into George R.R. Martin’s fantasy series this year (after watching season one of the HBO series), but suffice it to say, I’m all caught up through book five. The books were infectious, incapacitating. I felt like I couldn’t possibly function unless I knew what happened next. The series rekindled my long dormant love for the fantasy genre, as well as sci-fi by-proxy.